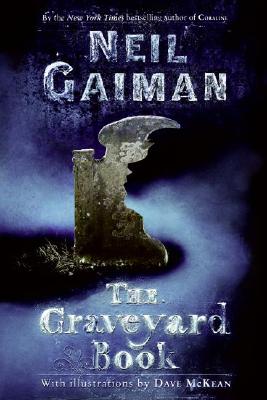 “A delightfully layered story of Nobody Owens, who is raised by the semi-living and the dead in a graveyard. Gaiman uses wit and his depth of knowledge of the arcane to create a safe and nurturing world for the young orphan to grow and thrive in. This will be a joy for all ages!”
— Jane Jacobs, Porter Square Books, Cambridge, MA

The original hardcover edition of a perennial favorite, The Graveyard Book by Neil Gaiman, which has sold more than one million copies and is the only novel to win both the Newbery Medal and the Carnegie Medal.

Bod is an unusual boy who inhabits an unusual place—he's the only living resident of a graveyard. Raised from infancy by the ghosts, werewolves, and other cemetery denizens, Bod has learned the antiquated customs of his guardians' time as well as their ghostly teachings—such as the ability to Fade so mere mortals cannot see him.

Can a boy raised by ghosts face the wonders and terrors of the worlds of both the living and the dead?

Margaret Atwood, whose work has been published in more than forty-five countries, is the author of more than fifty books of fiction, poetry, critical essays, and graphic novels. In addition to The Handmaid’s Tale, now an award-winning TV series, her novels include Cat’s Eye, short-listed for the 1989 Booker Prize; Alias Grace, which won the Giller Prize in Canada and the Premio Mondello in Italy; The Blind Assassin, winner of the 2000 Booker Prize; The MaddAddam Trilogy; The Heart Goes Last; and Hag-Seed. She is the recipient of numerous awards, including the Peace Prize of the German Book Trade, the Franz Kafka International Literary Prize, the PEN Center USA Lifetime Achievement Award, and the Los Angeles Times Innovator’s Award. In 2019 she was made a member of the Order of the Companions of Honour in Great Britain for services to literature and her novel The Testaments won the Booker Prize and was longlisted for The Giller Prize. She lives in Toronto.

“The Graveyard Book, by turns exciting and witty, sinister and tender, shows Gaiman at the top of his form. In this novel of wonder, Neil Gaiman follows in the footsteps of long-ago storytellers, weaving a tale of unforgettable enchantment.” — New York Times Book Review

“Wistful, witty, wise—and creepy. This needs to be read by anyone who is or has ever been a child.” — Kirkus Reviews (starred review)

“This is an utterly captivating tale that is cleverly told through an entertaining cast of ghostly characters. There is plenty of darkness, but the novel’s ultimate message is strong and life affirming….this is a rich story with broad appeal. ” — Booklist (starred review)

“Lucid, evocative prose and dark fairy-tale motifs imbue the story with a dreamlike quality. …this ghost-story-cum-coming-of-age-novel as readable as it is accomplished.” — Horn Book (starred review)

“This is, quite frankly, the best book Neil Gaiman has ever written. How he has managed to combine fascinating, friendly, frightening and fearsome in one fantasy I shall never know, but he has pulled it off magnificently - perfect for Halloween and any other time of the year.” — Diana Wynne Jones, author of The Chronicles of Chrestomanci

“I wish my younger self could have had the opportunity to read and re-read this wonderful book, and my older self wishes that I had written it.” — Garth Nix, author of The Abhorsen Trilogy

“It takes a graveyard to raise a child. My favorite thing about this book was watching Bod grow up in his fine crumbly graveyard with his dead and living friends. The Graveyard Book is another surprising and terrific book from Neil Gaiman.” — Audrey Niffenegger, author of The Time Traveler's Wife

“After finishing The Graveyard Book, I had only one thought — I hope there’s more. I want to see more of the adventures of Nobody Owens, and there is no higher praise for a book.” — Laurell K. Hamilton, author of the Anita Blake: Vampire Hunter novels

“The Graveyard Book is endlessly inventive, masterfully told and, like Bod himself, too clever to fit into only one place. This is a book for everyone. You will love it to death.” — Holly Black, co–creator of The Spiderwick Chronicles

“The Graveyard Book manages the remarkable feat of playing delightful jazz riffs on Kipling’s classic Jungle Books. One might call this book a small jewel, but in fact it’s much bigger within than it looks from the outside.” — Peter S. Beagle, author of The Last Unicorn

The Graveyard Book is everything everyone loves about Neil Gaiman, only multiplied many times over, a novel that showcases his effortless feel for narrative, his flawless instincts for suspense, and above all, his dark, almost silky sense of humor. — Joe Hill, author of Heart–Shaped Box