The Serpent on the Crown (Amelia Peabody Series #17) (Mass Market) 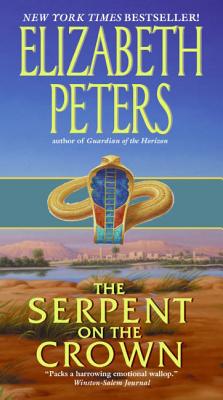 This is book number 17 in the Amelia Peabody Series series.

As the l921-22 season begins, the Emersons are enjoying a busy period of excavation in Egypt, when they hear a lurid description of a man’s mysterious death. His widow is convinced he died of a curse, and implores the Emersons to return the &#8220deadly” little statue that killed him to the tomb from which it was stolen--before it adds her to its list of victims. Clearly, it would be a serious error for the Emersons to start chasing tomb robbers, just when they have finally received permission to return to the Valley of the Kings, from which they were barred several years earlier. But the family soon realizes that the curse may be more real than they ever imagined….and they may be the next victims.