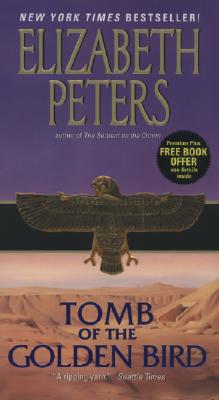 This is book number 18 in the Amelia Peabody Series series.

Banned forever from the eastern end of the Valley of the Kings, eminent Egyptologist Radcliffe Emerson's desperate attempt to regain digging rights backfires—and his dream of unearthing the tomb of the little-known king Tutankhamon is dashed. Now Emerson, his archaeologist wife, Amelia Peabody, and their family must watch from the sidelines as Lord Carnarvon and Howard Carter "discover" the greatest Egyptian treasure of all time.

But the Emersons' own less impressive excavations are interrupted when father and son Ramses are lured into a trap by a strange group of villains ominously demanding answers to a question neither man comprehends. And it will fall to the ever-intrepid Amelia to protect her endangered family—and perhaps her nemesis as well—from a devastating truth hidden uncomfortably close to home . . . and from a nefarious plot that threatens the peace of the entire region.