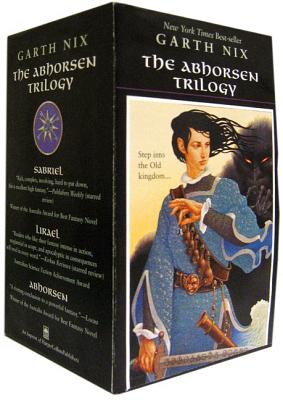 "My favorite fantasy series of all time (leaving
out Tolkien, my true and first love). Mystical, haunting, dark, and magical,
the world Nix creates holds a wonderful sense of place, and his characters are
so vulnerable and strong and real that I'm always disappointed to turn
the last page and end my journey with them."

The bestselling trilogy by Garth Nix includes the classic fantasy novels about the Old Kingdom: Sabriel, Lirael, and Abhorsen. This gift box edition features the beautiful artwork of Leo and Diane Dillon.