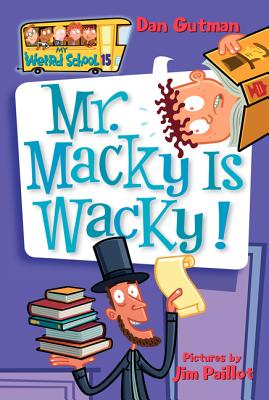 This is book number 15 in the My Weird School series.

With more than 30 million books sold, the My Weird School series really gets kids reading!

In this fifteenth book in the My Weird School series, it's Presidents' Day! And Mr. Macky, the reading specialist, actually expects A.J. and his friends to read stuff about the presidents! Not only that, but he lives in a log cabin and thinks he's Abraham Lincoln! Is he for real?

Perfect for reluctant readers and word lovers alike, Dan Gutman's hugely popular My Weird School series has something for everyone. Don't miss the hilarious adventures of A.J. and the gang.

Jim Paillot lives in Arizona (another weird place) with his weird wife and two weird children. Isn’t that weird? You can visit him on his weird website at www.jimpaillot.com