The Wit and Wisdom of Discworld (Paperback) 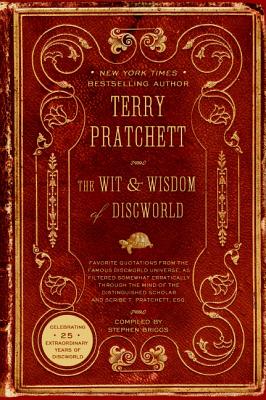 A flat planet traveling through space carried by four elephants balancing on the back of a giant turtle; a world populated by (mostly inept) wizards, dwarfs, despots, policemen, assassins, aged barbarians, vampires, thieves, witches, and civil servants; a place where technology, per se, is nonexistent but magic works . . . except when it doesn't.