Guy Fieri Food: Cookin' It, Livin' It, Lovin' It (Hardcover) 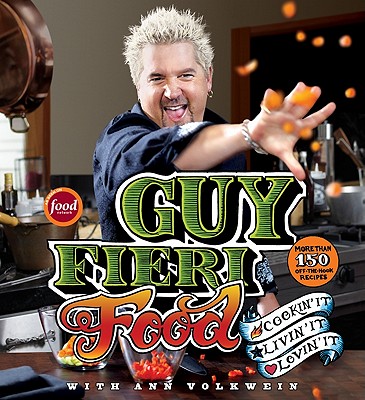 Bursting with personality, fun, and flavor, Guy Fieri Food is the first-ever cookbook from the Food Network superstar, host of NBC’s popular game show “Minute to Win It,”  and #1 New York Times bestselling author of Diners, Drive-ins & Dives and More Diners, Drive-ins & Dives. Filled with more than 150 original recipes, gorgeous full-color photos, and loads of great cooking tips, Guy Fieri Food  is an absolute must for any Fieri fan!

Ann Volkwein is a food and lifestyle writer based in New York City and Austin, Texas, who also collaborated with Guy on his four previous books.