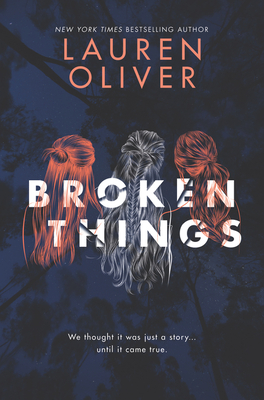 With all the intensity and whiplash turns of Sharp Objects and One of Us Is Lying, this engrossing psychological thriller by New York Times bestselling author Lauren Oliver is an unforgettable, mesmerizing tale of exquisite obsession, spoiled innocence, and impossible friendships.

It’s been five years since Summer Marks was brutally murdered in the woods.

Everyone thinks Mia and Brynn killed their best friend. That driven by their obsession with a novel called The Way into Lovelorn the three girls had imagined themselves into the magical world where their fantasies became twisted, even deadly.

The only thing is: they didn’t do it.

On the anniversary of Summer’s death, a seemingly insignificant discovery resurrects the mystery and pulls Mia and Brynn back together once again. But as the lines begin to blur between past and present and fiction and reality, the girls must confront what really happened in the woods all those years ago—no matter how monstrous.

“Oliver masters the slow reveal in this mystery-laden thriller… Taut and twisting, Oliver’s latest is something special.” — Booklist (starred review)

“Captivating and sinister from the start, the novel’s depiction of female frenemies and villains is fresh and complex... A must-have.” — School Library Journal

“Expect readers to have much to discuss with a provocative and divisive conclusion... A page-turner for sure.” — Kirkus Reviews

“This novel has all the elements of a thriller—an unsolved murder, long-held secrets and lies, grieving best friends...[and] it succeeds in creating an eerie setting and atmosphere.” — Publishers Weekly