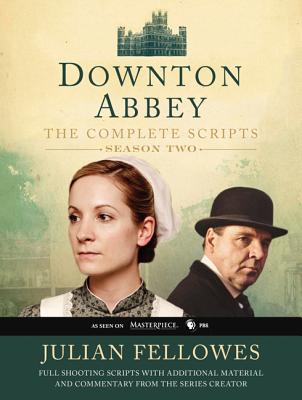 This is book number 2 in the Downton Abbey series.

Opening in 1916, as the First World War rages across Europe, Season Two is the next dramatic installment of the much-loved, award-winning drama. The Crawley family and their servants play their parts on the front line and back at home as their lives are intensified by the strains of war.

The shooting scripts give a fascinating view of how Julian Fellowes weaves his storylines of love, loss, and betrayal to captivate the audience. With key insights into the research and creative processes, this will appeal to fans and students alike.