To Hold the Bridge (Hardcover) 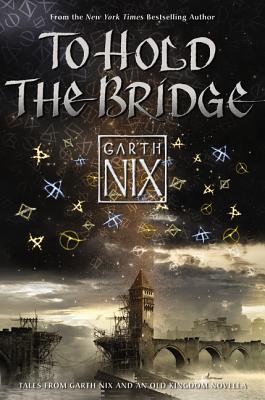 An entertaining short-story collection from bestselling fantasy author Garth Nix, including an Old Kingdom novella, a short story set in the same world as Shade's Children, and another story set in the world of A Confusion of Princes.

Garth Nix is renowned for his legendary fantasy works, but To Hold the Bridge showcases his versatility as the collection offers nineteen short stories from every genre of literature including science fiction, paranormal, realistic fiction, mystery, and adventure. Whether writing about vampires, detectives, ancient spirits, or odd jobs, Garth Nix's ability to pull his readers into new worlds is extraordinary.

“Nix’s collection of richly imagined short fiction is a feast for speculative fiction fans of all ages.” — Booklist (starred review)

“Deft characterization and virtuoso worldbuilding with tones that range from creepy dread to grisly violence to poignant heartbreak to wry humor (sometimes within the same tale!). A tasty buffet for Nix fans and a comprehensive sampler for new readers.” — Kirkus Reviews

“Nix has a very imaginative and wild mind, and his characters come to life. An enjoyable read for fantasy and science fiction fans.” — Voice of Youth Advocates (VOYA)

“Invariably well-written and featuring engaging characters throughout, these stories are all a pleasure to read. Nix’s fans will treasure this collection.” — Publishers Weekly

“Nix’s talents for characterization, description, and plotting render each story in this work a pleasure to read. Readers of speculative fiction, whether teens or adults, should find much to enjoy in this collection.” — School Library Journal