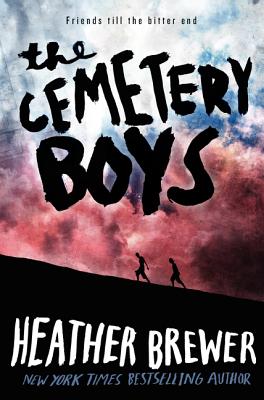 When Stephen's dad says they're moving, Stephen knows it's pointless to argue. They're broke from paying Mom's hospital bills, and now the only option left is to live with Stephen's grandmother in Spencer, a backward small town that's like something out of The Twilight Zone. Population: 814.

Stephen's summer starts looking up when he meets punk girl Cara and her charismatic twin brother, Devon. With Cara, he feels safe and understood—and yeah, okay, she's totally hot. In Devon and his group, he sees a chance at making real friends. Only, as the summer presses on, and harmless nights hanging out in the cemetery take a darker turn, Stephen starts to suspect that Devon is less a friend than a leader. And he might be leading them to a very sinister end. . . .

Heather Brewer is the pseudonym for Zac Brewer, the New York Times bestselling author of The Chronicles of Vladimir Tod, which has sold more than 1.5 million copies around the world, as well as the spin-off series, The Slayer Chronicles. Zac is a vocal anti-bullying advocate and organized the "Less Than Three" conference for YA authors and teens to come together and speak about bullying issues. He lives in Bridgeton, Missouri, with his husband, daughter, and diabolical cats. His son, Jacob, is in the Air Force.

“The novel’s final pages will surely shock readers: The author takes great glee in not just presenting a great reveal toward the end, but also twisting the knife. Keen-eyed readers may spot the twist, but few will predict just how far it goes. A slick, spooky, chilling mystery.”
— Kirkus Reviews

“A sinister tale of a frightening legend and the power of belief. With an ending that will shock and sadden, Brewer takes readers on a journey of friendship, recklessness, secrets, and betrayal. This is a perfect choice for those who enjoy mystery and suspense with dark and twisted characters.”
— Voice of Youth Advocates (VOYA)

“Every aspect of this story is just plain creepy--in the best way possible. If you want some teen angst, a hilariously blunt narrator and small-town attitudes with your horror, pick this one up.”
— RT Book Reviews, 4 Stars