The World of PostSecret (Hardcover) 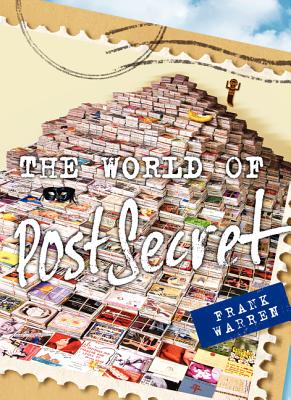 An addictive collection of new full-color postcard secrets and app secrets from the author of the smash the #1 New York Times bestselling PostSecret books—with more secrets than any previous PostSecret book!

A decade ago, Frank Warren began a community art project that captured the popular imagination and became a worldwide obsession. He handed out postcards to strangers and left them in public places—asking people to share a secret they had never told anyone and mail them back to him anonymously. More than half a million secrets, 600 million hits to the award-winning PostSecret blog, and five huge bestsellers later, the PostSecret phenomenon is bigger than ever. By turns funny, heartbreaking, thoughtful, and moving, this compendium of graphic haiku offers an intimate glimpse into both individual private lives and into our shared humanity.

Included in this compelling new book are dozens of the best archived secrets from the original PostSecret app; inside stories about the most controversial secrets Frank Warren has received; moving text from the new PostSecret play, foreign secrets, "puzzle" secrets, and much more!

Frank Warren started PostSecret as a community art project where he invited total strangers to anonymously mail in their secrets on a homemade postcard. This simple act sparked a global phenomenon. Frank has received over 1 million secrets in his mailbox with more arriving every day but Sunday. PostSecret.com has won seven Webby Awards and is the most visited advertisement-free blog in the world. The postcards have been curated for five New York Times bestselling books and have been exhibited at the Museum of Modern Art and the American Visionary Art Museum. Frank has traveled the world sharing secrets and stories from Australia to the White house. There is a PostSecret album, a PostSecret TED Talk and a PostSecret Play on tour. In 2011 Frank was awarded the ‘HopeLine Lifetime Achievement Award’ for his work on suicide prevention and was invited to the White House to work on issues of mental wellness. Frank lives in Germantown, Maryland, with his wife and daughter.