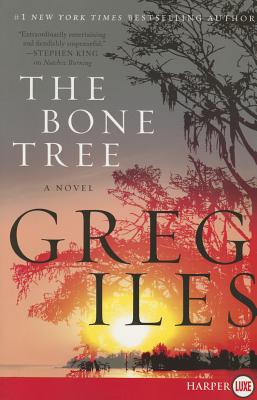 “The second installment of his hard-boiled Natchez trilogy finds Iles’ hero Penn Cage on even swampier, and surely deadlier, ground than before.” — Kirkus Reviews

“Absolutely compelling… A beautifully constructed story, some extremely fine writing, and some hard-to-bear tragedy.… Everything is big about this one: its epic scale [and] its built-in readership based on the success of its predecessor.” — Booklist (starred review)

“Race relations, adultery, murder, parenthood and friendship are all smashed together to form a searing saga of remorse and revenge. . . . Better than Natchez Burning. If the third book surpasses the first two then Iles will be elevated to the highest heights of famed storytellers.” — Huffington Post

“’Great Expectations’ transplanted to an American South laced with comparably gothic overtones. . . . Establishes Iles as this generation’s William Faulkner, usurping Pat Conroy as our preeminent Southern writer and potentially establishing him as this era’s finest American novelist, thanks to this moving and meaningful masterpiece of storytelling.” — Providence Journal

“Filled with menace, betrayal, [and] unexpected plot twists. . . . Running through this vast enterprise is the implicit belief that crime fiction is capable of addressing - and illuminating - any aspect of human behavior, including the tragic history of race relations in 20th-century America.” — Washington Post