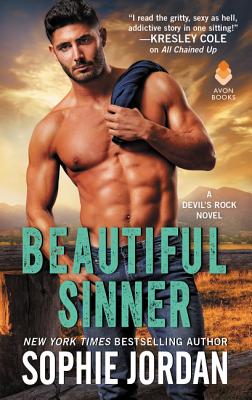 Most women would be scared, but Gabriella’s only worried about resisting Cruz Walsh, who’s even hotter than he was back in high school. Cruz was wrongly accused of the high-profile crime for which he was imprisoned; Gabriella’s desperate for the scoop that will get her career off the ground and get her out of Sweet Hill, where everyone still remembers her as “Flabby Gabby.” Being stuck in a supply closet with Cruz is the perfect opportunity to land an interview. What Bri doesn’t count on is Cruz taking “up-close and personal” to a whole new level.

If there’s a silver lining to the hell Cruz went through, it’s that losing his freedom put everything in perspective. Maybe starting over someplace new would be easier, but after years locked up, Cruz values his family—and his true friends—more than ever. So he’s back home, facing the gossip, dodging reporters . . . and face-to-face with Gabriella Rossi. They’ve both changed: Bri wants a story and Cruz just wants her. Another thing he’s learned? Don’t let a good thing slip away.

“Jordan is brilliant at creating vivid descriptions and using flashbacks to connect the lovers. Cruz and Gabby are tremendously likable, together and separately, and their unknowingly mutual crush and deep emotional bond will place this masterpiece at the top of any romance reader’s list.”
— Publishers Weekly (starred review)

“The would-be high school sweethearts prove that being locked up is much hotter when you’re with the one you love—a bold and lusty installment in the series.”
— Kirkus Reviews

“BEAUTIFUL SINNER is a tale about redemption and arising from the ashes. … a beautiful tale of sweet love.”
— Romance Reviews Today