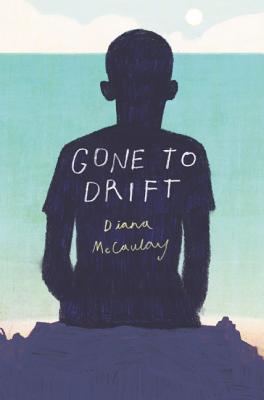 Lloyd comes from a long line of fishermen. Growing up in Kingston, Jamaica, Lloyd feels most at home with the sea and his grandfather, Maas Conrad, at his side.

When his grandfather doesn’t return from a fishing trip, Lloyd fears he has gone to drift. The sea may be in Lloyd’s blood, but as he searches for his grandfather, he discovers a side of the ocean—and the people who use it—that he’s never known before.

Told in the alternating voices of Lloyd and Maas Conrad, Gone to Drift is a moving story of family, courage, and the wonders of the oceans we call home.

Diana McCaulay is an award-winning Jamaican novelist. Gone to Drift is her first book for children; it placed second in the 2015 Burt Award for Caribbean Literature. Diana was born and raised in Jamaica and has spent a lifetime pondering questions of race, class, color, and privilege in Jamaican society. Visit her at www.dianamccaulay.com.

“McCaulay’s prose is lyrical. A solemn adventure about resolve, loyalty, and family, that gives readers insight into life in a small fishing community and brings to light the dangers marine life face in the wild.” — School Library Journal

“The heartbreaking realism of this story of innocence lost at sea truly sets this novel apart.” — Bulletin of the Center for Children’s Books

“This makes a good choice for adventure fans, the eco-conscious, and those hoping to understand the economic hardships faced by those who make their living from the sea.” — Booklist

“Gone to Drift is a compelling coming-of-age story with a strong sense of place and culture.” — Voice of Youth Advocates (VOYA)