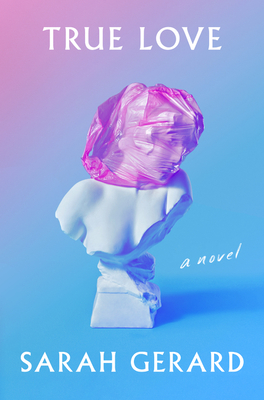 One of today’s most provocative literary writers—the author of the critically-acclaimed Sunshine State and the Los Angeles Times First Fiction Award finalist Binary Star—captures the confused state of modern romance and the egos that inflate it in a dark comedy about a woman's search for acceptance, identity, and financial security in the rise of Trump.

Nina is a struggling writer, a college drop-out, a liar, and a cheater. More than anything she wants love. She deserves it.

From the burned-out suburbs of Florida to the anonymous squalor of New York City, she eats through an incestuous cast of characters in search of it: her mother, a narcissistic lesbian living in a nudist polycule; Odessa, a single mom with even worse taste in men than Nina; Seth, an artist whose latest show is comprised of three Tupperware containers full of trash; Brian, whose roller-coaster affair with Nina is the most stable “relationship” in his life; and Aaron, an aspiring filmmaker living at home with his parents, with whom Nina begins to write her magnum opus.

Nina’s quest for fulfillment is at once darkly comedic, acerbically acute, and painfully human—a scathing critique of contemporary society, and a tender examination of our anguished yearning for connection in an era defined by detachment.

Sarah Gerard is the author of the essay collection Sunshine State, which was longlisted for the PEN/Diamonstein-Spielvogel Award for the Art of the Essay, and the novel Binary Star, which was a finalist for the Los Angeles Times Art Seidenbaum Award for First Fiction. Her short stories, essays, interviews, and criticism have appeared in the New York Times, T Magazine, Granta, The Baffler, Vice, and the anthologies Tampa Noir, We Can’t Help it if We’re From Florida, and One Small Blow Against Encroaching Totalitarianism. She lives in New York City with her true love, the writer Patty Yumi Cottrell. Find her at Sarah-Gerard.com.

“A scouring tale of how a person moves through toxic relationships while maintaining a sense of agency, subsisting with awareness in a noxious world.”
— Elle Nash, BOMB

“True Love is as fluid and riotous a book as ‘true love’ is as a concept: so, very. And Sarah Gerard has once again proven herself to be one of the sharpest portrayers of the fuzziest parts of being alive.”
— Kristin Iversen, Refinery 29

“The luster of True Love lies in its ability to hold a tenor, a mood so much so that it becomes a character, living and breathing… the opening scene setting the frenetic, emotional, and sexual multitasking mood. What is love, addiction, marriage, divorce, and sexuality in the age of screens? True Love reminds that we are all always proxies of ourselves, many places at once and also nowhere at all — hovering in the deadening buzz betwixt invisible infrastructures.”
— Emmalea Russo, Los Angeles Review of Books

“This darkly comic novel… cycles through a memorable cast of characters—including…  Seth, an artist whose latest show is composed of Tupperware containers full of trash; and Aaron, an aspiring filmmaker living at home.”
— Glamour

“Written with an acerbic deadpan.... [Gerard’s] stylistic innovation brilliantly captures the way contemporary technology bifurcates our brains into different conversational tracks….  The novel thrums with tension, and Gerard captures the dynamic of a failing relationship with lacerating honesty—made all the worse by the challenges of working freelance in the dystopian era of late-stage capitalism…. A fascinating read for anyone looking to understand the world we’ll inhabit when the smoke of the Trump era clears.”
— Ploughshares

“This book is both appalling and hilarious, and is, at turns, surprisingly poignant. It’s an extremely resonant social satire that will definitely heat you up [from] a magnetic and influential literary figure.”
— Sarah Neilson, Shondaland

“Gerard knows that a large part of identity is performance. [Her protagonist’s] actions, behaviors, language, decisions are at once because of who she is and also serve to define and redefine her evolving self.... The last scene of the novel is simple and devastating.”
— Chicago Review of Books

“Nina’s search for love, fulfillment, and demonstrative success becomes a scathing critique of modern hustle culture and the privilege of making art… in this smart, dark riot of a novel.”
— Booklist

“An unapologetic drama about a woman's insistence on living at the apex of desire and self-destruction—what a rush!”
— Catherine Lacey, author of THE ANSWERS and NOBODY IS EVER MISSING

"Sharp as a knife and wickedly insightful, TRUE LOVE is a ferocious portrait of love, hate, and artistic self-definition in the 21st century. Life, with all its bruises, wounds, and unsightly rashes, becomes real and touchable in Sarah Gerard's masterful hands."
— Alexandra Kleeman, author of INTIMATIONS and YOU TOO CAN HAVE A BODY LIKE MINE

"In the aching pages of TRUE LOVE, Gerard holds nothing back. What’s at stake in this frank, ferocious novel is the brutal, ever-elusive salvation of oneself.  A smart, tender, startling work of brilliance."
— Idra Novey, author of THOSE WHO KNEW

“True Love is a look at what happens when we lie to each other, but also what happens when we lie to ourselves. Sarah Gerard has written a book both funny and dark, a fantastically mesmerizing read. Its settings are dreamy and unsettling. The book showcases beauty and ugliness in equal measure, highlighting both pain and pleasure. It is bold and wildly imaginative, an overall deeply human novel. Gerard is a fiercely talented writer and TRUE LOVE is a real page turner.”
— Kristen Arnett, MOSTLY DEAD THINGS

“Sarah Gerard's TRUE LOVE is a devastating portrait of loneliness and self-destruction. It's both a compassionate portrait of an addict and an incisive commentary on how our capitalist, individualist culture rips us away from ourselves. Nina's compulsions and anger, her selfishness and yearning, her wisdom and naïveté—Gerard handles it all with deft poeticism and mastery of scene-building. This novel is a pleasure to read even as it gouges you and turns you inside out.”
— SJ Sindu, author of MARRIAGE OF A THOUSAND LIES

"TRUE LOVE hurts so good. A sharply-observed portrait of a knockdown world of low-wage work, lean belief, and artistic striving, Sarah Gerard's novel captures with acuity and intelligence the brutal and baffling contortions we will twist ourselves into to find, in hairline crevices, connection—even when it is compromised, explosive as it peters out, absurd and painful and frightening."
— Tracy O’Neill, author of QUOTIENTS

“TRUE LOVE is a brash, sexy, and addictive novel about bad decisions. Gerard’s uncompromising honesty and graceful, precise sentences make me jealous. I didn’t want the book to end.”
— Juliet Escoria, author of JULIET THE MANIAC

“Gerard’s prose is unlabored, flatly observational, and the interwoven mini stories are at once tender and cold, exhilarating and regrettable—each undermining the one that precedes it.”
— Nicole Rudick, Paris Review, on Sunshine State

“One of the themes of ‘Sunshine State,’ Sarah Gerard’s striking book of essays, is how Florida can unmoor you and make you reach for shoddy, off-the-shelf solutions to your psychic unease…. The first essay is a knockout, a lurid red heart wrapped in barbed wire.... This essay draws blood.”
— Dwight Garner, New York Times, on Sunshine State

“The distinct nature of Florida and its undeniable, magnetic weirdness shines through somewhere in each essay. Yet, despite its title, that enigma of a state isn’t the focus. Gerard takes a magnifying glass to powerful characters, herself included, and the underlying truths she unravels could apply to any number of Americans. The reader becomes invested in the characters’ lives, at times torn between empathy and disdain, but nonetheless needing to know what becomes of them.”
— Becca Godwin, Atlanta Journal-Constitution, on Sunshine State

“Rhythmic, hallucinatory, yet vivid as crystal. Gerard has channeled her trials and tribulations into a work of heightened reality, one that sings to the lonely gravity of the human body.”
— Jason Heller, NPR, on Binary Star

“The particular genius of 'Binary Star' is that out of such grim material it constructs beauty. It’s like a novel-shaped poem about addiction, codependence and the relentlessness of the everyday, a kind of elegy of emptiness.”
— Martin Riker, New York Times, on Binary Star

“Gerard captures the beauty and scientific irony of damaged relationships and ephemeral heavenly lights. Just as with the stars, it is collapse that offers the most illumination.”
— Heather Scott Partington, Los Angeles Times, on Binary Star