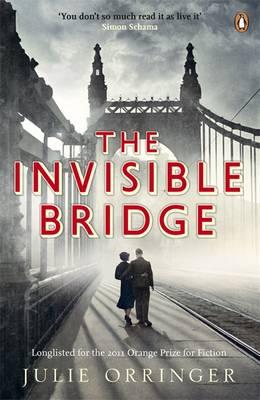 “The Invisible Bridge will make you forget every other novel you've ever read about World War II.Through the lives of two Hungarian Jewish brothers whose fates span the vibrant student cafes of 1930s Paris to the backbreaking labor camps on the Eastern Front, Orringer creates an entire universe, breathtaking in its breadth and extraordinary in its intimacy.”
— Elizabeth Sher, Politics & Prose Books &, Washington, DC

Paris, 1937. Andras Levi, a Hungarian-Jewish architecture student, arrives from Budapest with a scholarship, a single suitcase, and a mysterious letter he promised to deliver. But when he falls into a complicated relationship with the letter's recipient, he becomes privy to a secret that will alter the course of his--and his family's--history. From the small Hungarian town of Konyar to the grand opera houses of Budapest and Paris, from the despair of Carpathian winter to an unimaginable life in labor camps, "The Invisible Bridge "tells the story of a family shattered and remade in history's darkest hour.