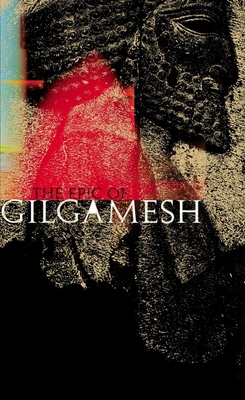 A great king, strong as the stars in Heaven. Enkidu, a wild and mighty hero, is created by the gods to challenge the arrogant King Gilgamesh. But instead of killing each other, the two become friends. Travelling together to the Cedar Forest, they fight and slay the evil monster Humbaba. But when Enkidu is killed, his death haunts and breaks the mighty Gilgamesh. Terrified of mortality, he resolves to find the secret of eternal life...

N. K. Sandars studied, soon after the war, with Professor Gordon Childe at the Institute of Archaeology, University of London, and took the diploma of the Institute. She continued to work at Oxford, taking a B.Litt. degree in the prehistory of Europe, and thereafter she worked on the prehistory of the Aegean, receiving a studentship at St. Hugh’s College, Oxford, a scholarship from Oxford University and a travelling prize from the University of Liverpool. She has travelled extensively in Europe and in the Near and Middle East, and has taken part in excavations in the British Isles and overseas. She has contributed article to various journals and is the author of Bronze Age Cultures in France, Prehistoric Art in Europe, Poems of Heaven and Hell from Ancient Mesopotamia, and The Sea Peoples. She is a fellow the British Academy and of the Society of Antiquaries of London and a corresponding member of the German Archaeological Institute.

“It’s among the oldest surviving works of Western civilization, from before literature was literature. It’s my go-to whenever loss and life have tumbled me (often). Amazingly, and perhaps depressingly (When will they ever learn?), Gilgamesh tackles all the issues we are dealing with today: a bad leader and how he becomes an enlightened one (here’s hoping), environmental degradation, class and race — i.e. who gets to be called human — lust and love; loss and death. The language is haunting, incantatory, at the border of song and silence.”
—Julia Alvarez

“Humankind’s first literary achievement...Gilgamesh should compel us as the well-spring of which we are inheritors...Andrew George provides an excellent critical and historical introduction.”
—Paul Binding, Independent on Sunday

“This volume will endure as one of the milestones markers...[George] expertly and easily conducts his readers on a delightful and moving epic journey.”
—Samuel A. Meier, Times Literary Supplement

“Appealingly presented and very readably translated...it still comes as an exhilarating surprise to find the actions and emotions of the Sumerian superhero coming to us with absolute immediacy over 30-odd centuries.
—Scotsman

“Andrew George has formed an English text from the best of the tablets, differentiating his complex sources but allowing the general reader a clear run at one of the first enduring stories ever told.”
—Peter Stothard, The Times

“An exemplary combination of scholarship and lucidity...very impressive...invaluable as a convenient guide to all the different strands which came together to produce the work we now call Gilgamesh.”
—Alan Wall, Literary Review