Brightest Star in the Sky (Hardcover) 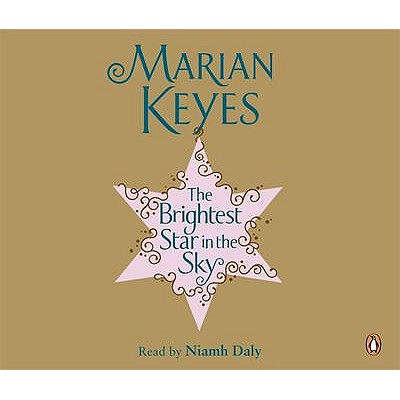 At 66, Star Street in Dublin, someone is watching over the lives of the people living in its flats. But no one is aware of it - yet... One of them is ready to take the plunge and fall in love; another is torn between two very different lovers. For some, secrets they want to stay buried will come to light and for others, the unveiling of those secrets will have tragic consequences. Fate is on its way to Star Street, bringing with it love and tragedy, friendship and heartbreak, and the power to change their lives in the most unexpected of ways...

Marian Keyes's internationally bestselling novels include Rachel's Holiday, Last Chance Saloon, Sushi for Beginners, Angels, The Other Side of the Story, Anybody Out There and This Charming Man. Two collections of her journalism, Under the Duvet and Further Under the Duvet, are also available from Penguin. Marian lives in Dublin with her husband. Niamh Daly has worked extensively in theatre in England and Ireland.She played Carol Delaney, a regular character in Coronation Street and co-starred in The Cassidys, a sitcom for Irish television.Other audiobook recordings include Marian Keyes' The Other Side of Story published by Penguin.