The Wind in the Willows (Puffin Classics) (Paperback) 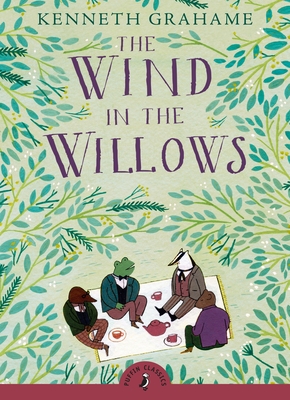 "Absolutely no one should miss out on meeting
the unworldly Mole, the trusty Water Rat, the loyal Badger, and the
irrepressible Toad whose unforgettable adventures have charmed readers since
1908. This is, perhaps, my favorite classic story of them all, and Robert
Ingpen's magnificent illustrations perfectly capture the world of the homey Riverbank and the perilous
Wild Wood just as I have always wanted to imagine them -- I purchased a copy as
soon as it came in."

The much-loved classic tales of Ratty, Mole, Badger and Toad. When Mole goes boating with Ratty instead of doing his spring-cleaning, he discovers a whole new world. As well as adventures on the river and in the Wild Wood, there are high jinks on the open road with that reckless ruffian, Mr Toad of Toad Hall. Ratty, Mole, Badger and Toad become the firmest of friends, but after Toad's latest escapade, can they join together and beat the wretched weasels once and for all? The Wind in the Willows by Kenneth Grahame is one of the twenty wonderful classic stories being relaunched in Puffin Classics in March 2015.

Kenneth Graham (1859-1932) was born in Edinburgh, but grew up with relatives in Berkshire where he developed his love for the countryside surrounding the upper parts of the River Thames. He was educated at St Edward's in Oxford, but instead of going on to Oxford University he joined the Bank of England, where he rose to become Secretary. He wrote several books including The Golden Age and Dream Days which includes the short story 'The Reluctant Dragon' (later made into a Disney movie). Kenneth Grahame developed the character of Toad in The Wind in the Willows to amuse his young son, Alistair. It was published in 1908 and still remains a best-loved children's classic.

“It is what I call a Household Book . . . a book which everybody in the household loves, and quotes continually ever afterwards; a book which is read aloud to every new guest.”
–A. A. Milne