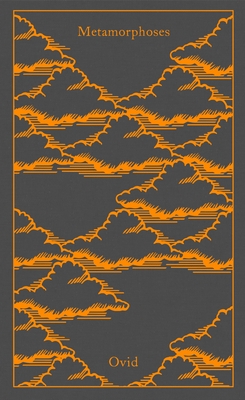 Ovid’s sensuous and witty poetry brings together a dazzling array of mythological tales, ingeniously linked by the idea of transformation—often as a result of love or lust—where men and women find themselves magically changed into new and sometimes extraordinary beings. Beginning with the creation of the world and ending with the deification of Augustus, Ovid interweaves many of the best-known myths and legends of Ancient Greece and Rome, including Daedalus and Icarus, Pyramus and Thisbe, Pygmalion, Perseus and Andromeda, and the fall of Troy. Erudite but lighthearted, dramatic yet playful, the Metamorphoses has influenced writers and artists throughout the centuries from Shakespeare and Titian to Picasso and Ted Hughes.

Ovid (43 BCE–18 CE) was born at Sulmo (modern Sulmona) in central Italy. Coming from a wealthy Roman family and seemingly destined for a career in politics, he held minor official posts before leaving public service to write, becoming the most distinguished poet of his time. His works, all published by Penguin Classics, include Amores, a collection of short love poems; Heroides, verse-letters written by mythological heroines to their lovers; Ars Amatoria, a satirical handbook on love; and Metamorphoses, his epic work that has inspired countless writers and artists through the ages.

David Raeburn (translator) is a lecturer in Classics at Oxford, and has also translated Sophocles’ Electra and Other Plays for Penguin Classics.

Denis Feeney (introducer) is a professor of Classics at Princeton.

Coralie Bickford-Smith (cover illustrator) is an award-winning designer at Penguin Books (U.K.), where she has created several highly acclaimed series designs. She studied typography at Reading University and lives in London.

“McCarter confronts the tricky issues associated with both the poet and his epic not only in her forthright introduction but in the translation itself, where, like an art restorer removing decades of browned varnish from an Old Master, she strips away a number of inaccuracies and embellishments that have accreted in translations over the decades and centuries, obscuring the sense of certain passages, particularly those portraying women and sexual violence… McCarter’s translation reproduces Ovid’s speed and clarity. Even better, she is alert to many of the sparkling verbal effects for which the poet was famous in his own time… If you didn’t know she was writing about the concerns of someone who died twenty centuries ago, you’d think her subject was still alive.”
—Daniel Mendelsohn, The New Yorker

“The Metamorphoses has it all: sex, death, love, violence, gods, mortals, monsters, nymphs, all the great forces, human and natural. With this vital new translation, Stephanie McCarter has not only updated Ovid's epic of transformation for the modern ear and era --- she's done something far more powerful. She's paid rigorous attention to the language of the original and brought to us its ferocity, its sensuality, its beauty, its wit, showing us how we are changed, by time, by violence, by love, by stories, and especially by power. Here is Ovid, in McCarter's masterful hands, refreshed, renewed, and pulsing with life.”
—Nina MacLaughlin, author of Wake, Siren: Ovid Resung

“Stephanie McCarter’s gorgeous verse translation of the Metamorphoses is ground-breaking not just in its refreshingly accessible approach to Ovid’s syntax and formal devices but for how she reframes the controversial subjects that have made Ovid, and Ovidian scholarship, so fraught for contemporary readers. McCarter’s translation understands that the Metamorphoses is a complex study of power and desire, and the dehumanizing ways that power asserts itself through and on a variety of bodies. McCarter’s deft, musical, and forthright translation returns much needed nuance to Ovid’s tropes of violence and change, demonstrating to a new generation of readers how our identities are always in flux, while reminding us all of the Metamorphoses’ enduring relevance.”
—Paisley Rekdal, author of Nightingale