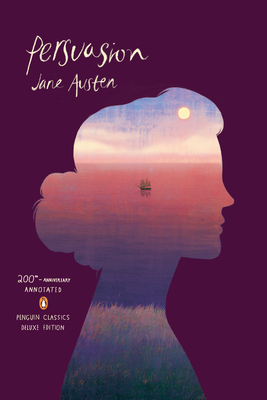 Written during Jane Austen's race against failing health, Persuasion tells the story of Anne Elliot, a woman who - at twenty-seven - is no longer young and has few romantic prospects. Eight years ago, she was persuaded by her friend Lady Russell to break off her engagement to Frederick Wentworth, a handsome naval captain with neither fortune nor rank. When Anne and Frederick meet again, he has acquired both, but still feels the sting of her rejection. A brilliant satire of vanity and pretension, Austen's last completed novel is also a movingly told love story tinged with the heartache of missed opportunities.

Jane Austen (1775-1817) was extremely modest about her own genius but has become one of English literature's most famous women writers. She is also the author of Sense and Sensibility, Pride and Prejudice, Emma, Persuasion, and Northanger Abbey.

Juliette Wells is associate professor and chair of the English department at Goucher College. She is the author of Everybody's Jane: Austen in the Popular Imagination and edited the 200th-anniversary Penguin Classics Deluxe Edition of Emma.

“Critics, especially [recently], value Persuasion highly, as the author’s ‘most deeply felt fiction,’ ‘the novel which in the end the experienced reader of Jane Austen puts at the head of the list.’ . . . Anne wins back Wentworth and wins over the reader; we may, like him, end up thinking Anne’s character ‘perfection itself.’” –from the Introduction by Judith Terry