The Sacred Book of the Werewolf: A Novel (Paperback) 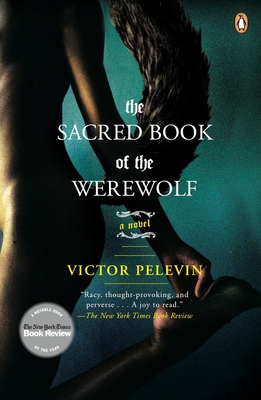 By Victor Pelevin, Andrew Bromfield (Translated by)
$16.00
Backordered. Place an order and we will let you know when to expect your book.

One of the most progressive writers at work today, Victor Pelevin?s comic inventiveness has won him comparisons to Kafka, Calvino, and Gogol, and Time has described him as a ?psychedelic Nabokov for the cyberage.? In The Sacred Book of the Werewolf, a smash success in Russia and Pelevin?s first novel in six years, paranormal meets transcendental with a splash of satire as A Hu-Li, a two-thousand-year-old shape-shifting werefox from ancient China meets her match in Alexander, a Wagner-addicted werewolf who?s the key figure in Russia?s Big Oil. Both a supernatural love story and an outrageously funny send-up of modern Russia, this stunning and ingenious work of the imagination is the sharpest novel to date from Russia?s most gifted literary malcontent.

Victor Pelevin is the author of A Werewolf Problem in Central Russia and Other Stories, The Life of Insects, Omon Ra, The Yellow Arrow, and The Blue Lantern, a collection of short stories that won the Russian "Little Booker" Prize. His novel Buddha's Little Finger was shortlisted for the International IMPAC Dublin Literary Award. He was named by The New Yorker as one of the best European writers under thirty-five and by The Observer newspaper in London as one of "twenty-one writers to watch for the 21st century."