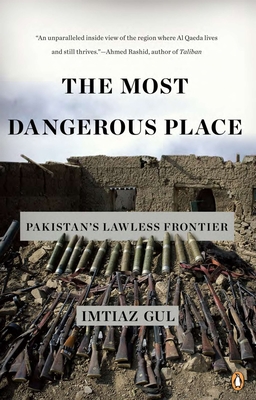 "To understand the mess we're getting into in Pakistan's lawless tribal areas, there's no better book out there." -Robert Baer, bestselling author of See No Evil

The tribal region bordering Afghanistan, known as FATA (Federally Administered Tribal Area), has always been only loosely under government control. But since 2001 it has become a hornet's nest of violent extremists, many of whom have turned against their own state. In this groundbreaking book based on accounts by high-level Pakistani intelligence and military operatives and extensive firsthand reporting in villages where no American would be safe, award-winning reporter and broadcaster Imtiaz Gul chronicles his country's alarming slide into militancy. The United States is mired at great expense in Afghanistan, but Pakistan poses a far greater threat to American interests and to global security.

"A dense, timely study....Informational rather than didactic, Gul's insider take will serve as an excellent resource."
-Kirkus

"Veteran Pakistani reporter Imtiaz Gul brings his deep knowledge and reporting to bear on one of the world's most opaque and under-reported places, Pakistan's tribal areas, the headquarters of Al Qaeda and key elements of the Taliban. Gul delivers a balanced account of the evolving relations that the Pakistani military, government and public have had with Pakistan's own militant groups. This book could not be more well timed as President Obama faces the most important foreign policy challenge of his presidency from the violent extremists who call this place their home."
-Peter Bergen, author of Holy War, Inc. and The Osama bin Laden I Know

"Imtiaz Gul takes the reader into the lion's den - into Pakistan's tribal areas, the meanest, toughest region of the planet. He has a journalist's sharp eye for the personalities and conspiracy theories that are woven through this area. This is the best guide yet to understanding the fascinating, frightening place where Al Qaeda lives today."
-David Ignatius, syndicated columnist for The Washington Post and author of Body of Lies

"One word comes to mind: indispensable. To understand the mess we're getting into in Pakistan's lawless tribal areas, there's no better book out there."
-Robert Baer, bestselling author of See No Evil

"Gul offers an unparalleled inside view of the region where Al Qaeda lives and still thrives."
-Ahmed Rashid, bestselling author of Taliban and Descent into Chaos

"Imtiaz Gul has provided an invaluable service ... drawing together reporting and research on Pakistan's tribal areas and adding his own firsthand experience. A timely and important work."
-Jason Burke, author of Al-Qaeda and On the Road to Kandahar