A History of the Middle East: Fifth Edition (Paperback) 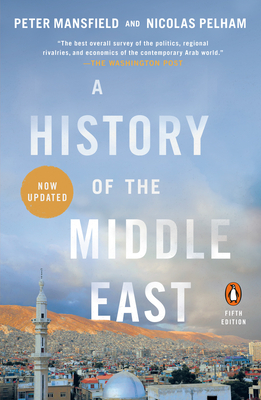 "The best overall survey of the politics, regional rivalries and economics of the contemporary Arab World." -The Washington Post

One of the most crucial, volatile, and complex regions of the modern world, the Middle East has long confounded the dreams of conquerors and peacemakers alike. This now-classic book, and still the essential work on the subject, follows the historic struggles of the Middle East from Napoleon’s campaign in Egypt and Syria, through the slow decline and fall of the Ottoman Empire, to the Israeli-Palestinian conflict and the history of Islam and its recent resurgence.

For this fourth edition, Economist correspondent Nicolas Pelham contributes an extensive new section examining recent developments throughout the Middle East, including the invasions of Iraq and Afghanistan, the situation in Iran, the region’s relations with the United States under President Obama, the Arab Spring, and more.

Peter Mansfield (1928–1996) corresponded regularly for the Financial Times, Economist, and London Sunday Times on Middle Eastern affairs. The author and editor of numerous works, he is best known for his comprehensive study The Arabs.

Nicholas Pelham has served as editor of the Middle East Times and writes frequently for the Economist and Financial Times.

“The best overall survey of the politics, regional rivalries, and economics of the contemporary Arab world.”  —The Washington Post Book World