The Case of Lisandra P.: A Novel (Paperback) 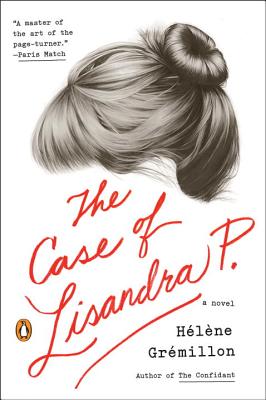 A gripping psychological thriller for fans of The Girl on the Train and The Silent Wife about a wife’s secrets, a husband accused of murder, and a marriage gone terribly wrong

Buenos Aires, 1987. When a beautiful young woman named Lisandra is found dead at the foot of a six-story building, her husband, a psychoanalyst, is immediately arrested for her murder. Convinced of Vittorio’s innocence, one of his patients, Eva Maria, is drawn into the investigation seemingly by chance. As she combs through secret recordings of Vittorio’s therapy sessions in search of the killer—could it be the powerful government figure? the jealous woman? the musician who’s lost his reason to live?—Eva Maria must confront her most painful memories, and some of the darkest moments in Argentinian history.

In breathless prose that captures the desperate spinning of a frantic mind, Hélène Grémillon blurs the lines of past and present, personal and political, reality and paranoia in this daring and compulsively readable novel.

Hélène Grémillon was born in France in 1977. After obtaining degrees in literature and history, she worked as a journalist at the French newspaper Le Figaro before becoming a full-time writer. She lives in Paris with her partner, singer and songwriter Julien Clerc, and their child.

Alison Anderson is an American writer and translator based in Switzerland. Her translations include J. M. G. Le Clézio’s Onitsha, Muriel Barbery’s The Elegance of the Hedgehog, and Hélène Grémillon’s first novel, The Confidant.

“A cerebral mystery . . . [and] a moving look at how evil, having seized political power, can cripple nations and crush souls.”
–The Washington Post

“For fans of Gone Girl . . . an Argentine love triangle featuring a psychoanalyst arrested for his wife’s death and a patient trying to clear her therapist’s name.”
–O, The Oprah Magazine

"[Eva Maria] makes for an original, if unlikely, detective. But the real hero of this story may well be the victim of Puig’s crime: his wife Lisandra. . . . At times, Lisandra’s existential angst sounds like it might have been pulled directly out of one of those turbid 1920s tango lyrics for which Buenos Aires is famous. . . . The prose takes on a mysterious exactitude reminiscent of Franz Kafka."
–Los Angeles Review of Books

"[The Case of Lisandra P.] might be considered a murder mystery, but the story is much more than that. . . . This tense novel of both the personal and the political touches on the ugly truth of a brutal regime while also examining jealousy and betrayal, with disturbing twists and turns. . . .  Grémillon’s breathless prose captures the frantic state of Eva Maria’s mind."
–Library Journal

“Hélène Grémillon has proved herself more than ever a master of the art of the ‘page-turner.’”
–Paris Match (France)

"The new Patricia Highsmith . . . [This] is only Hélène Grémillon’s second novel, and already it establishes her among the exceptionally gifted writers of this season.”
–est Magazine (France)

"A successful novel. . . The cohabitation of executioners and victims, betrayal, jealousy, the inability to understand things that are right in front of us: throughout the thread of the narrative, Hélène Grémillon interweaves these various motifs with fluidity."
–Le Monde (France)

“The strength of Hélène Grémillon’s novel is not only its premise, but also its psychological analysis.”
–Le Nouvel Observateur (France)

"In direct, sometimes crude, language, this diabolical novelist guides us through the complex maze of the psyche."
–ELLE (France)

"An addictive storyline that leaves us stunned."
–Pleine Vie (France)