Not Without Laughter (Paperback) 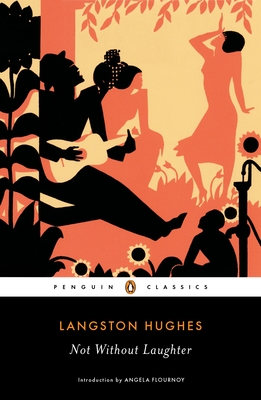 When first published in 1930, Not Without Laughter established Langston Hughes as not only a brilliant poet and leading light of the Harlem Renaissance but also a gifted novelist. In telling the story of Sandy Rogers, a young African American boy in small-town Kansas, and of his family—his mother, Annjee, a housekeeper for a wealthy white family; his irresponsible father, Jimboy, who plays the guitar and travels the country in search of employment; his strong-willed grandmother Hager, who clings to her faith; his Aunt Tempy, who marries a rich man; and his Aunt Harriet, who struggles to make it as a blues singer—Hughes gives the longings and lineaments of black life in the early twentieth century an important place in the history of racially divided America.

For more than seventy years, Penguin has been the leading publisher of classic literature in the English-speaking world. With more than 1,800 titles, Penguin Classics represents a global bookshelf of the best works throughout history and across genres and disciplines. Readers trust the series to provide authoritative texts enhanced by introductions and notes by distinguished scholars and contemporary authors, as well as up-to-date translations by award-winning translators.

Langston Hughes (1902–1967), a central figure of the Harlem Renaissance and one of the most influential and esteemed writers of the twentieth century, was born in Joplin, Missouri, and spent much of his childhood in Kansas before moving to Harlem. His first book of poetry, The Weary Blues, was published in 1926; its success helped him to win a scholarship to Lincoln University, in Pennsylvania, from which he received his B.A. in 1929 and an honorary Litt.D. in 1943. Among his other awards and honors were a Guggenheim Fellowship, a Rosenwald Fellowship, and a grant from the American Academy of Arts and Letters. Hughes published more than thirty-five books, including works of poetry, short stories, novels, an autobiography, musicals, essays, and plays.

Angela Flournoy (introduction) was a finalist for the National Book Award for her debut novel, The Turner House. Her fiction has appeared in The Paris Review, and she has written for The New York Times, The New Republic, and the Los Angeles Times. A graduate of the Iowa Writers' Workshop, Flournoy was raised by a mother from Los Angeles and a father from Detroit and now lives in Brooklyn.

“A lyrical, charming and moving story of a black Midwestern boy.” —Arnold Rampersad

“An eye-opening portrait of the artist as a young black man in the Midwest.” —A. Scott Berg, The New York Times Book Review