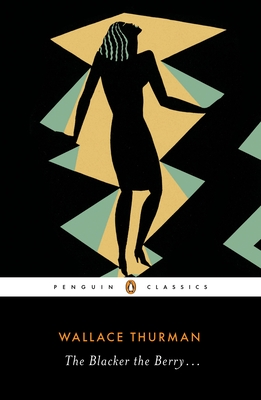 The groundbreaking Harlem Renaissance novel about prejudice within the black community

Emma Lou Morgan’s skin is black. So black that it’s a source of shame to her not only among the largely white community of her hometown of Boise, Idaho, but also among her lighter-skinned family and friends. Seeking a community where she will be accepted, she leaves home at age eighteen, traveling first to Los Angeles and then to New York City, where in the Harlem of the 1920s she finds a vibrant scene of nightclubs and dance halls and parties and love affairs . . . and, still, rejection by her own race.

One of the most widely read and controversial works of the Harlem Renaissance, and the first novel to openly address prejudice among black Americans and the issue of colorism, The Blacker the Berry . . . is a book of undiminished power about the invidious role of skin color in American society.

For more than seventy years, Penguin has been the leading publisher of classic literature in the English-speaking world. With more than 1,800 titles, Penguin Classics represents a global bookshelf of the best works throughout history and across genres and disciplines. Readers trust the series to provide authoritative texts enhanced by introductions and notes by distinguished scholars and contemporary authors, as well as up-to-date translations by award-winning translators.

Wallace Thurman (1902–1934), a novelist, essayist, editor, and playwright of the Harlem Renaissance, was born in Salt Lake City, Utah, and moved to Harlem in 1925. In 1926 he became the editor of the socialist journal The Messenger, where he published the early stories of Langston Hughes. He left The Messenger later that year to co-found the literary magazine Fire!! along with Hughes and Zora Neale Hurston, among others. The Blacker the Berry . . . , his first novel, was published in 1929; he wrote two other novels, Infants of the Spring and The Interne, and a play, Harlem.

Allyson Hobbs (introduction) is an associate professor in the department of history and the director of African and African American studies at Stanford. Her first book, A Chosen Exile: A History of Racial Passing in American Life, won the Frederick Jackson Turner Award for best first book in American history and the Lawrence Levine Award for best book in American cultural history, both from the Organization of American Historians. Hobbs is a Distinguished Lecturer for the Organization of American Historians and a contributor to newyorker.com and The New York Times Book Review.

“The first novel to focus its plot on race prejudice or ‘colorism’ among African Americans . . . Apart from the vibrant character of Emma Lou, Thurman’s novel presents some of the most layered portrayals of New York City life I’ve ever come across, from seedy employment agency waiting rooms to swank Harlem hot spots.” —Maureen Corrigan, NPR’s Fresh Air