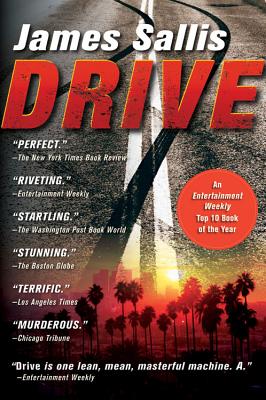 By James Sallis
$13.95
It's complicated, and may be unavailable. Place an order and we will contact you with the expected arrival date.

Much later, as he sat with his back against an inside wall of a Motel 6 just north of Phoenix, watching the pool of blood lap toward him, Driver would wonder whether he had made a terrible mistake. Later still, of course, there’d be no doubt. But for now Driver is, as they say, in the moment. And the moment includes this blood lapping toward him, the pressure of dawn’s late light at windows and door, traffic sounds from the interstate nearby, the sound of someone weeping in the next room . . .

Thus begins Drive , the story of a man who works as a stunt driver by day and a getaway driver by night. He drives, that’s all—until he’s double-crossed. Powerful and stylistically brilliant, Drive has been hailed by critics as the "perfect piece of noir fiction" ( The New York Times Book Review ) and an instant classic.

JAMES SALLIS is the author of the popular Lew Griffin novels and over a dozen other books, including the biography Chester Himes, a New York Times Notable Book. He has been short-listed for the Anthony, Nebula, Edgar, Shamus, and Gold Dagger awards. He lives in Phoenix, Arizona. An Entertainment Weekly Top 10 Book of 2005 A Washington Post Best Book of 2005

PRAISE FOR DRIVE
"Full throttle . . . Sallis' riveting novella reads the way a Tarantino or Soderbergh neo-noir plays, artfully weaving through Driver's haunted memory and fueled by confident storytelling and keen observations about moviemaking, low-life living, and, yes, driving. Short and not so sweet, Drive is one lean, mean, masterful machine. A."--Entertainment Weekly
"Imagine the heart of Jim Thompson beating in the poetic chest of James Sallis and you'll have some idea of the beauty, sadness and power of Drive . . . [It] has more thought, feeling and murderous energy than books twice its length."--Chicago Tribune