China or Japan: Which Will Lead Asia? (Hardcover) 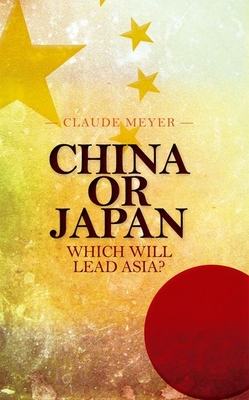 The twenty-first century will doubtless be that of Asia, which by 2030 will be home to three of the world's four mightiest economies, including India. This stimulating book aims to open a debate on the question of leadership in Asia for which China and Japan are competing. It assesses the two
rivals' strengths and weaknesses as well as the major challenges which they will face in that battle for supremacy. On this basis, it proposes the most probable scenario for the next two decades in the light of the dialectical relationship between economics and strategic power. Without neglecting
the strategic aspects that give advantage to China, priority is given to an economic approach, because that is the primary arena in which Asian integration is taking place and the one in which a resilient Japan still firmly maintains its leadership, based on productivity, competitiveness and
technological edge.

Claude Meyer is Senior Fellow at GEM-Sciences Po, and teaches international economics at Sciences Po (Paris). He has pursued a dual career as an academic and as an executive in a Japanese bank. He holds a PhD in Economics and degrees in Philosophy, Sociology and Japanese Studies. His research andpublications deal mainly with Asian economies with an emphasis on the interaction between economic power and strategic issues.