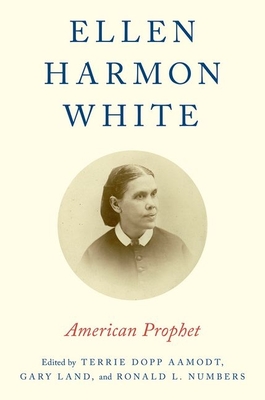 In America, as in Britain, the Victorian era enjoyed a long life, stretching from the 1830s to the 1910s. It marked the transition from a pre-modern to a modern way of life. Ellen Harmon White's life (1827-1915) spanned those years and then some, but the last three months of a single year, 1844, served as the pivot for everything else. When the Lord failed to return on October 22, as she and other followers of William Miller had predicted, White did not lose heart.
Fired by a vision she experienced, White played the principal role in transforming a remnant minority of Millerites into the sturdy sect that soon came to be known as the Seventh-day Adventists. She and a small group of fellow believers emphasized a Saturday Sabbath and an imminent Advent. Today that flourishing denomination posts eighteen million adherents globally and one of the largest education, hospital, publishing, and missionary outreach programs in the world.
Over the course of her life White generated 70,000 manuscript pages and letters, and produced 40 books that have enjoyed extremely wide circulation. She ranks as one of the most gifted and influential religious leaders in American history and this volume tells her story in a new and remarkably informative way. Some of the contributors identify with the Adventist tradition, some with other Christian denominations, and some with no religious tradition at all. Their essays call for White to be seen as a significant figure in American religious history and for her to be understood within the context of her times.