Among the Ruins: Syria Past and Present (Hardcover) 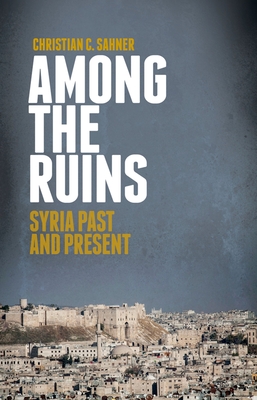 As a civil war shatters a country and consumes its people, historian Christian C. Sahner offers a poignant account of Syria, where the past profoundly shapes its dreadful present. Among the Ruins blends history, memoir and reportage, drawing on the author's extensive knowledge of Syria in ancient, medieval, and modern times, as well as his experiences living in the Levant on the eve of the war and in the midst of the Arab Spring. These plotlines converge in a rich narrative of a country in constant flux - a place renewed by the very shifts that, in the near term, are proving so destructive. Sahner focuses on five themes of interest to anyone intrigued and dismayed by Syria's fragmentation since 2011: the role of Christianity in society; the arrival of Islam; the rise of sectarianism and competing minorities; the emergence of the Ba'ath Party; and the current pitiless civil war. Among the Ruins is a brisk and illuminating read, an accessible introduction to a country with an enormously rich past and a tragic present. For anyone seeking to understand Syria, this book should be their starting point.

Christian C. Sahner is an historian of the Middle East. He graduated from Princeton University and the University of Oxford, where he was a Rhodes Scholar. He is completing his doctorate at Princeton, focusing on the role of non-Muslims in Islamic societies. Sahner's writing has been published in The Times Literary Supplement and The Wall Street Journal, among other publications.