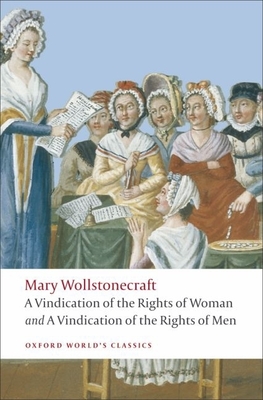 This volume brings together extracts of the major political writings of Mary Wollstonecraft in the order in which they appeared in the revolutionary 1790s. It traces her passionate and indignant response to the excitement of the early days of the French Revolution and then her uneasiness at its later bloody phase. It reveals her developing understanding of women's involvement in the political and social life of the nation and her growing awareness of the relationship between politics and economics and between political institutions and the individual. In personal terms, the works show her struggling with a belief in the perfectibility of human nature through rational education, a doctrine that became weaker under the onslaught of her own miserable experience and the revolutionary massacres. Janet Todd's introduction illuminates the progress of Wollstonecraft's thought, showing that a reading of all three works allows her to emerge as a more substantial political writer than a study of The Rights of Woman alone can reveal. About the Series: For over 100 years Oxford World's Classics has made available the broadest spectrum of literature from around the globe. Each affordable volume reflects Oxford's commitment to scholarship, providing the most accurate text plus a wealth of other valuable features, including expert introductions by leading authorities, voluminous notes to clarify the text, up-to-date bibliographies for further study, and much more.