Expo 67 and Its World: Staging the Nation in the Crucible of Globalization (Paperback) 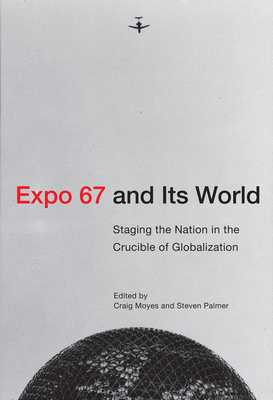 In 1967, Montreal hosted Man and His World/Terre des hommes. By far the most successful cultural event ever produced in Canada, it was embraced by the public at the same time as intellectuals from Marshall McLuhan to Umberto Eco hailed it as a new type of exhibition for a new global age. Because it was held where and when it was – on a man-made archipelago in the St Lawrence River seven years into Quebec’s Quiet Revolution – Expo 67 also provided a prism through which the idea of the nation could be refracted and recast in original ways. Misunderstood by some scholars as an expensive exercise in official patriotism, while maligned by Quebec intellectuals as a crypto-federalist distraction from the real business of national independence, the fair nevertheless showcased Montreal as the de facto capital of a suddenly modern Quebec engaging with a late-modern world. Expo 67 and Its World proposes a reappraisal of the 1967 Montreal International and Universal Exhibition across a range of political, social, and cultural spaces: from the dispossession of Indigenous Peoples and what was then known as the Third World, through the aspirations of Montreal, Quebec, and Canada, to the increasingly global ambit of youth culture, medicine, film, and finance. A new approach to understanding Expo 67, the collection challenges assumptions about the significance of the event to Canadian, Québécois, and First Nations history.

Craig Moyes is senior lecturer in French and francophone studies and director of the Quebec and French Canada Research Network at King’s College London. Steven Palmer is professor of history at the University of Windsor.