What Would Beauvoir Do?: How the Greatest Feminists Would Solve Your Everyday Problems (Paperback) 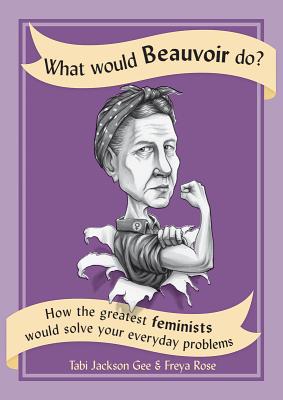 By Tabi Jackson Gee, Freya Rose
$19.95
On Our Shelves Now

Get life advice and a crash course on women's rights from the great feminists of every generation.

Have you ever wondered if Gloria Steinem would support your decision to get a nose job? Or if Betty Friedan would watch Star Wars with you? Half an introduction to feminism, half a guide to life, this book uses 40 everyday questions and problems to explore the theories and concepts of the greatest feminists and suffragettes of all time.

With quirky illustrations and intriguing and original takes on the biggest questions, What Would Beauvoir Do? helps readers to understand why these feminists were great while entertaining you with historical and biographical detail about their lives. The 40 questions reveal not only Simone de Beauvoir's insights but how other great feminists would approach the problem. Newly armed with this wisdom, readers can make their own decisions.

There are five thematic chapters as follows with examples of the questions:

Tabi Jackson Gee is a London-based journalist who writes for national newspapers and some of the most exciting new women's platforms around. She covers fashion, technology, travel and - more recently - gardening. Freya Rose is a philosopher, writer and feminist who has contributed to many books on the social sciences.