The Mind of the Terrorist: The Psychology of Terrorism from the IRA to al-Qaeda (Paperback) 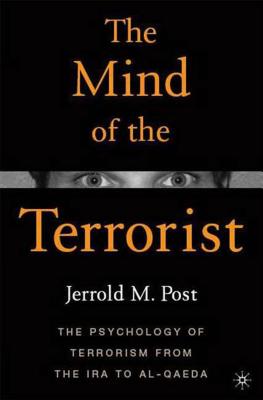 In contrast to the widely held assumption that terrorists are crazed fanatics, Jerrold Post demonstrates they are psychologically "normal" and that "hatred has been bred in the bone". He reveals the powerful motivations that drive these ordinary people to such extraordinary evil by exploring the different types of terrorists, from national-separatists such as the Irish Republican Army to social revolutionary terrorists such as the Shining Path, as well as religious extremists like al-Qaeda and Aum Shinrikyo. In The Mind of the Terrorist, Post uses his expertise to explain how the terrorist mind works and how this information can help us to combat terrorism more effectively.

“This is an exceptionally well-written book that makes a significant contribution to the field of counter-terrorism.” —Terrorism and Political Violence

“Jerrold Post's compelling Mindof the Terrorist is a comprehensive and informative account of the psychology of terrorists and how their history has shaped their motivations.” —Peter Bergen, author of Holy War, Inc. and The Osama bin Laden I Know

“Terrorism is a form of psychological warfare, requiring a psychologically sophisticated response based on an understanding of how terrorists think. Jerry Post provides us a road map-not only of the mind of the terrorist-but also how we can use that understanding to dissuade, deter, and destroy terrorist groups. The strategy Post develops is based on decades of studying violent individuals, including interviews of terrorists, some of which he describes in detail in these pages. Post is a teacher of terrorism teachers-and his latest offering is a gift to all who wish to understand the myriad psychological roots of terrorism.” —Jessica Stern, author of Terror in the Name of God and Academic Director of the Program on Terrorism and the Law at Harvard Law School

“Dr. Jerrold Post is a pioneer in the study of terrorist psychology. In this capstone book, he takes us into the minds of the terrorists through their own words, persuasively demonstrating how disturbingly normal they are in their own cultural and historical contexts. He makes a powerful case that to deter terrorists we must understand their psychology, and lays out a comprehensive strategy for countering their vicious forms of psychological warfare. Only by countering them at the level of their destructive mindsets can we more effectively compete in the 'war for hearts and minds.'” —Richard H. Solomon, President, U.S. Institute of Peace

“Dr. Post has brought to the reader an extraordinary illumination of the terrorist mind. One comes away accepting the key premise - we are dealing with 'sane madmen.' His exposition of al-Qaeda, its leadership and its structure, are brilliant. The book is a powerhouse.” —Ambassador Sheldon J. Krys, former Assistant Secretary of State for Diplomatic Security