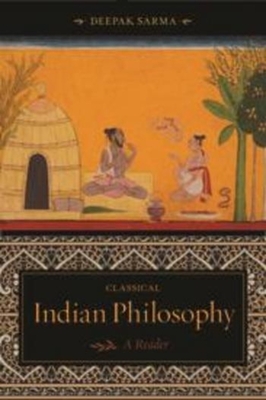 Deepak Sarma completes the first outline in more than fifty years of India's key philosophical traditions, inventively sourcing seminal texts and clarifying language, positions, and issues. Organized by tradition, the volume covers six schools of orthodox Hindu philosophy: Mimamsa (the study of the earlier Vedas, later incorporated into Vedanta), Vedanta (the study of the later Vedas, including the Bhagavad Gita and the Upanishads), Sankhya (a form of self-nature dualism), Yoga (a practical outgrowth of Sankhya), and Nyaya and Vaisesika (two forms of realism). It also discusses Jain philosophy and the Mahayana Buddhist schools of Madhyamaka and Yogacara. Sarma maps theories of knowledge, perception, ontology, religion, and salvation, and he details central concepts, such as the pramanas (means of knowledge), pratyaksa (perception), drayvas (types of being), moksa (liberation), and nirvana. Selections and accompanying materials inspire a reassessment of long-held presuppositions and modes of thought, and accessible translations prove the modern relevance of these enduring works.

Deepak Sarma is an associate professor of religious studies at Case Western Reserve University. He is the author of An Introduction to Madhva Vedanta and Epistemologies and The Limitations of Philosophical Inquiry: Doctrine in Madhva Vedanta and editor of Hinduism: A Reader.