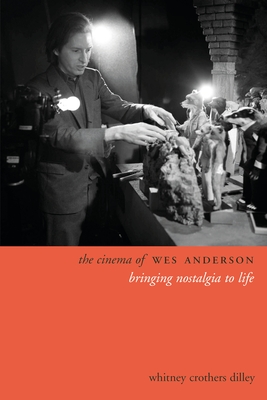 Wes Anderson is considered one of the most important directors of the post-Baby Boom generation, making films such as Rushmore (1998) and The Royal Tenenbaums (2001) in a style so distinctive that his films are often recognizable from a single frame. Through the travelogue The Darjeeling Limited (2007) and the stop-motion animation of Fantastic Mr. Fox (2009), his films examine issues of gender, race, and class through dysfunctional family dynamics, with particular focus on masculinity and male bonding. Anderson's auteur status is enriched by his fascination with Truffaut and the French New Wave, as well as his authorship of every one of his screenplays, drawing on influences as diverse as Mark Twain, J. D. Salinger, Roald Dahl, and Stefan Zweig. Works such as Moonrise Kingdom (2012) and The Grand Budapest Hotel (2014) continue to fascinate with their postmodern, hyper-nostalgic attention to detail. This book explores the filmic and literary influences that have helped make Anderson a major voice in 21st century "indie" culture, and reveals why Wes Anderson is one of the most inventive filmmakers working in cinema today.

Whitney Crothers Dilley is professor of English at Shih Hsin University in Taipei, Taiwan, and has published five books on film and literature, including The Cinema of Ang Lee: The Other Side of the Screen (2007).