Alluring Monsters: The Pontianak and Cinemas of Decolonization (Film and Culture) (Hardcover) 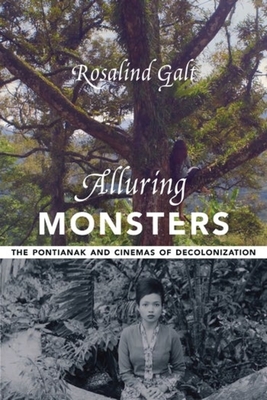 The pontianak, a terrifying female vampire ghost, is a powerful figure in Malay cultures, as loved and feared in Southeast Asia as Dracula is in the West. In animist tradition, she is a woman who has died in childbirth, and her vengeful return upsets gender norms and social hierarchies. The pontianak first appeared on screen in late colonial Singapore in a series of popular films that combine indigenous animism and transnational production with the cultural and political force of the horror genre. In Alluring Monsters, Rosalind Galt explores how and why the pontianak found new life in postcolonial Southeast Asian film and society. She argues that the figure speaks to a series of intersecting anxieties: about femininity and modernity, globalization and indigeneity, racial and national identities, the relationship of Islam to animism, and heritage and environmental destruction. The pontianak offers abundant feminist potential, but her disruptive gender politics also unsettle queer and feminist film theories by putting them in dialogue with Malay epistemologies. Reading the pontianak as a precolonial figure of disturbance within postcolonial cultures, Galt reveals the importance of cinema to histories and theories of decolonization. From the horror films made by Cathay Keris and Shaw Studios in the 1950s and 1960s to contemporary film, television, art, and fiction in Malaysia and Singapore, the pontianak in all her media forms sheds light on how postcolonial identities are both developed and contested. In tracing the entanglements of Malay feminist animisms with postcolonial visual cultures, Alluring Monsters reveals how a "pontianak theory" can reshape understandings of anticolonial aesthetics and world cinema.

Rosalind Galt is professor of film studies at King's College London. Her previous Columbia University Press books are The New European Cinema: Redrawing the Map (2006) and Pretty: Film and the Decorative Image (2011), and she is coauthor of Queer Cinema in the World (2016).