Taxing Ourselves, Fifth Edition: A Citizen's Guide to the Debate Over Taxes (Paperback) 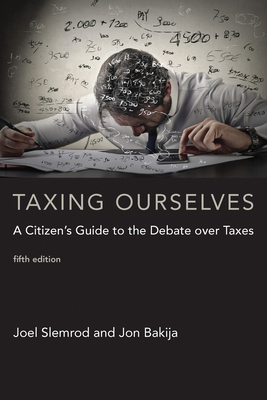 The new edition of a popular guide to the key issues in tax reform, presented in a clear, nontechnical, and unbiased way.

To follow the debate over tax reform, the interested citizen is often forced to choose between misleading sound bites and academic treatises. Taxing Ourselves bridges the gap between the oversimplified and the arcane, presenting the key issues clearly and without a political agenda. Tax policy experts Joel Slemrod and Jon Bakija lay out in accessible language what is known and not known about how taxes affect the economy and offer guidelines for evaluating tax systems--both the current tax system and proposals to reform it.

This fifth edition has been extensively revised to incorporate the latest data, empirical evidence, and tax law. It offers new material on recent tax reform proposals, expanded coverage of international tax issues, and the latest enforcement initiatives. Offering historical perspectives, outlining the basic criteria by which tax policy should be judged (fairness, economic impact, enforceability), examining proposals for both radical change (replacement of the income tax with a flat tax or consumption tax) and incremental changes to the current system, and concluding with a voter's guide, the book provides readers with enough background to make informed judgments about how we should tax ourselves.