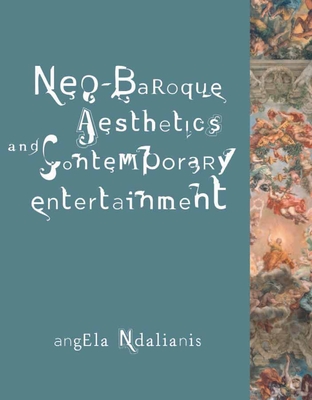 The artists of the seventeenth-century baroque period used spectacle to delight and astonish; contemporary entertainment media, according to Angela Ndalianis, are imbued with a neo-baroque aesthetic that is similarly spectacular. In Neo-Baroque Aesthetics and Contemporary Entertainment, she situates today's film, computer games, comic books, and theme-park attractions within an aesthetic-historical context and uses the baroque as a framework to enrich our understanding of contemporary entertainment media.

The neo-baroque aesthetics that Ndalianis analyzes are not, she argues, a case of art history repeating or imitating itself; these forms have emerged as a result of recent technological and economic transformations. The neo-baroque forms combine sight and sound and text in ways that parallel such seventeenth-century baroque forms as magic lanterns, automata, painting, sculpture, and theater but use new technology to express the concerns of the late twentieth and early twenty-first century. Moving smoothly from century to century, comparing ceiling paintings to the computer game Doom, a Spiderman theme park adventure to the baroque version of multimedia known as the Bel Composto, and a Medici wedding to Terminator 2:3D, the book demonstrates the logic of media histories. Ndalianis focuses on the complex interrelationships among entertainment media and presents a rigorous cross-genre, cross-historical analysis of media aesthetics.

Angela Ndalianis is Associate Professor and Head of the Cinema Studies Program at the University of Melbourne, Australia.