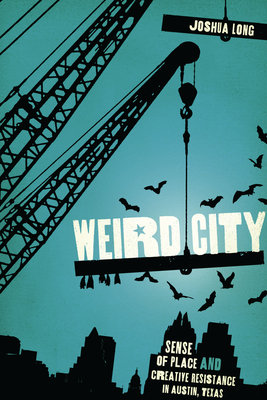 Austin, Texas, at the beginning of the twenty-first century, is experiencing one of the most dynamic periods in its history. Wedged between homogenizing growth and a long tradition of rebellious nonconformity, many Austinites feel that they are in the midst of a battle for the city's soul.

From this struggle, a movement has emerged as a form of resistance to the rapid urban transformation brought about in recent years: "Keep Austin Weird" originated in 2000 as a grassroots expression of place attachment and anti-commercialization. Its popularity has led to its use as a rallying cry for local business, as a rhetorical tool by city governance, and now as the unofficial civic motto for a city experiencing rapid growth and transformation.

By using "Keep Austin Weird" as a central focus, Joshua Long explores the links between sense of place, consumption patterns, sustainable development, and urban politics in Austin. Research on this phenomenon considers the strong influence of the "Creative Class" thesis on Smart Growth strategies, gentrification, income inequality, and social polarization made popular by the works of Richard Florida. This study is highly applicable to several emerging "Creative Cities," but holds special significance for the city considered the greatest creative success story, Austin.