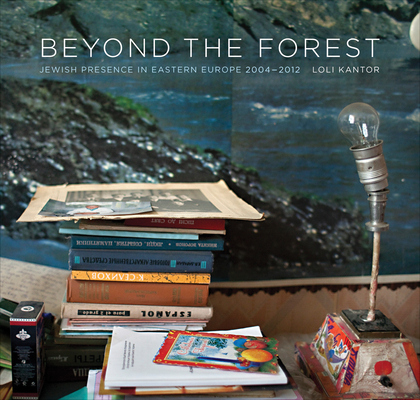 Like a forest recovering from a cataclysmic fire, the Jews of Eastern Europe are drawing on deep roots to regrow their communities in the long aftermath of the Holocaust and decades of Soviet domination. The children and grandchildren of victims and survivors are reconstructing the histories of their families and reviving the forgotten Jewish customs, bringing them forward into the twenty-first century and creating a contemporary culture that would be both familiar and strange to the generation that perished in the conflagration of the Holocaust.

Loli Kantor is the daughter of Holocaust survivors who lost nearly their entire families, and her desire to reconnect with her family’s history first took her to Poland in 2004. As she photographed her parents’ hometowns and grappled with the destruction and grief of the past, her vision gradually widened beyond the personal to focus on the signs of the rebirth of Jewish culture in Eastern Europe. Over eight years, she traveled in the Ukraine, as well as Poland, Romania, and the Czech Republic, photographing Jews in their everyday lives and listening to their stories in their homes, synagogues, and communities. Her luminous black-and-white and color images eloquently reveal how Eastern European Jews are honoring the past and building the future through such things as revived observances of the holidays, including Passover, Sukkoth, and Hanukkah. They also explore the role that artists are playing in the preservation of Jewish culture, which might otherwise have been completely lost. Polish art historian and critic Anda Rottenberg offers an appreciation of Kantor’s photography and its place in reclaiming Eastern European Jewish identity. Novelist Joseph Skibell celebrates Kantor’s “brave vision, unblinking and unafraid.”

LOLI KANTOR is a fine art and documentary photographer whose work has been exhibited widely in the United States and internationally in China, Ukraine, Poland, Spain, and the Czech Republic. Her photographs are included in the collections of the Museum of Fine Arts, Houston; Lviv National Museum and Drohobych Museum in Ukraine; Lishui Museum of Photography in China; the Center for Fine Art Photography in Colorado; and the Harry Ransom Center at the University of Texas at Austin, as well as numerous private collections in the United States and abroad.

The author’s ability to develop a narrative through images is masterful.
— Fort Worth Weekly

Kantor has rendered the colors with a consistent softness that’s inviting, even welcoming. These pictures are of daily life, almost like pages from some kind of tribal family album. It’s a present in which the past never feels altogether absent.
— The Boston Globe