Spinoza, Liberalism, and the Question of Jewish Identity (Hardcover) 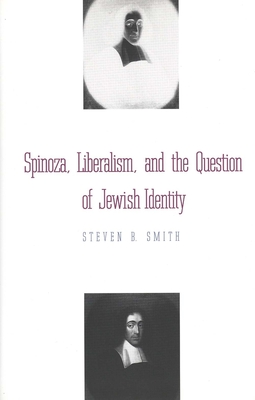 By Steven B. Smith
Unavailable. Orders will be auto-cancelled.

Baruch de Spinoza (1632-1677)—often recognized as the first modern Jewish thinker—was also a founder of modern liberal political philosophy. This book is the first to connect systematically these two aspects of Spinoza's legacy. Steven B. Smith shows that Spinoza was a politically engaged theorist who both advocated and embodied a new conception of the emancipated individual, a thinker who decisively influenced such diverse movements as the Enlightenment, liberalism, and political Zionism.

Focusing on Spinoza's Theologico-Political Treatise, Smith argues that Spinoza was the first thinker of note to make the civil status of Jews and Judaism (what later became known as the Jewish Question) an essential ingredient of modern political thought. Before Marx or Freud, Smith notes, Spinoza recast Judaism to include the liberal values of autonomy and emancipation from tradition. Smith examines the circumstances of Spinoza's excommunication from the Jewish community of Amsterdam, his skeptical assault on the authority of Scripture, his transformation of Mosaic prophecy into a progressive philosophy of history, his use of the language of natural right and the social contract to defend democratic political institutions, and his comprehensive comparison of the ancient Hebrew commonwealth and the modern commercial republic. According to Smith, Spinoza's Treatise represents a classic defense of religious toleration and intellectual freedom, showing them to be necessary foundations for political stability and liberal regimes. In this study Smith examines Spinoza's solution to the Jewish Question and asks whether a Judaism, so conceived, can long survive.

Steven B. Smith is professor of political science and Master of Branford College at Yale University.