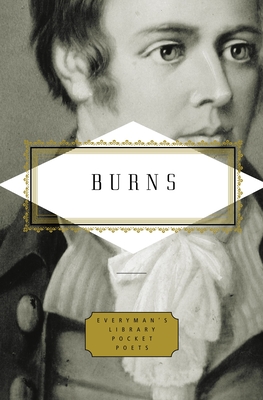 The most essential of the immortal poems and songs of Scotland's beloved national bard are collected in this volume. With the publication of his first book of poems in 1786, Robert Burns—the twenty-seven-year-old son of a farmer—became a national celebrity, hailed as the "Ploughman Poet." When he died ten years later, ten thousand people came to pay their respects at his funeral, and in the two centuries since then he has inspired a cultlike following among Scots and poetry lovers around the world.A pioneer of the Romantic movement, Burns wrote in a light Scots dialect with brio, emotional directness, and wit, drawing on classical and English literary traditions as well as Scottish folklore—and leaving a timeless legacy. All of his most famous lyrics and poems are here, from "A Red, Red Rose," "To a Mouse," and "To a Louse" to Tam o'Shanter, "Holy Willie's Prayer," and "Auld Lang Syne."

Robert Burns was born on January 25, 1759, in South Ayrshire, Scotland, and died in 1796.Gerard Carruthers is Senior Lecturer in Scottish Literature at the University of Glasgow. He is author of Robert Burns and co-editor of English Romanticism and the Celtic World.