The Winter of Frankie Machine (Paperback) 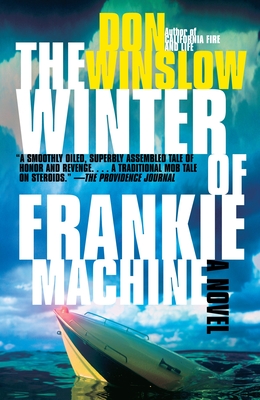 FROM THE BESTSELLING AUTHOR OF THE CARTEL.

Frankie Machianno, a hard-working entrepreneur, passionate lover, part-time surf bum, and full-time dad, is a pillar of his waterfront community—and a retired hit man. Once better known as Frankie Machine, he was a brutally efficient killer. Now someone from his past wants him dead, and after a botched attempt on his life, Frankie sets out to find his potential killers. However, the list of suspects is longer than the California coastline. With the mob on his heels and the cops on his tail, Frankie hatches a plan to protect his family, save his life, and escape the mob forever. Then things get really complicated.

“Smoothly oiled, superbly assembled. . . . A traditional mob tale on steroids.” —The Providence Journal“A gripping thriller. . . . Like his book's central figure, Mr. Winslow is good at what he does.” —The Wall Street Journal“Graceful . . . . Wonderfully imagined. . . . Winslow’s story explodes with . . . gritty realism.”—Pittsburg Tribune-Review“Smart, staccato. . . . A reading experience of sustained intensity, with appealingly sleazy characters and an Elmore Leonard-like snap in the dialogue.” —The Plain Dealer