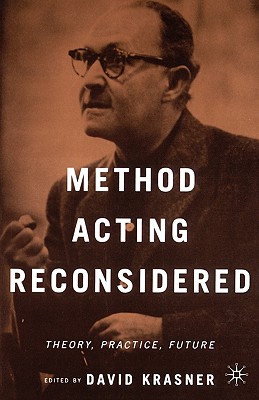 Method Acting is one of the most popular and controversial approaches to acting in the United States. It has not only shaped important schools of acting, but has been a fundamental constant of all American acting. This insightful volume explores Method Acting from a broad perspective, focusing on a point of equilibrium between the principles of the Method and its relationship to other theories of performance. David Krasner has gathered together some of the most well-known theater scholars and acting teachers to look at the Method. By concentrating on three areas of the Method - its theory, practice, and future application - the collection will serve to inform and teach us how to approach acting and acting theory in the 21st century.

"Now, in Method Acting Reconsidered, an important new collection of essays edited by David Krasner, director of undergraduate theatre studies at Yale, Strasberg is beginning to be rehabilitated." -- American Theatre