The Dukes of Hazzard: The Unofficial Companion (Paperback) 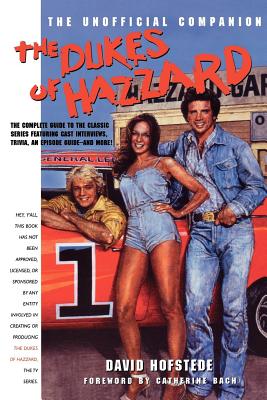 Following in the successful wake of The Beverly Hillbillies and Green Acres, The Dukes of Hazzard debuted in January 1979 and quickly became a staple of CBS-TV's Friday night lineup. With its wild mix of wacky car chases and spectacular vehicle wrecks, bumbling sheriffs, greedy politicians, and its rambunctious lead players (the Duke boys and curvaceous Daisy Duke), it's little wonder the program developed such a strong and loyal viewership.

This is the first book devoted to the genesis and production of the hit program, tracing its 1970s origin through to its recent, highly-rated "reunion" movie on CBS-TV. The author conducted extensive interviews with cast and technical talent to explore this beloved show - revealing for the first time many behind-the-scenes anecdotes about the week-to-week filming of the series.

In this lively and factual presentation of the long-running TV series (1979-85), no trivia point is left unanswered about the amazing clan of Dukes and their colorful nemeses Sheriff Rosco P. Coltrane and Boss Hogg.

David Hofstede, the author of several books and magazine pieces on TV and pop culture, is himself a long-time devotee of The Dukes of Hazzard. He resides in Las Vegas, Nevada.