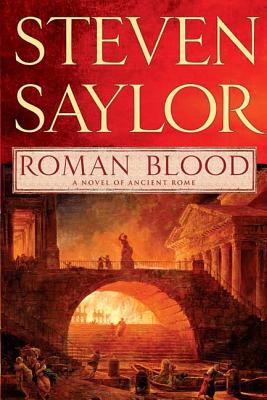 This is book number 1 in the Novels of Ancient Rome series.

In the unseasonable heat of a spring morning in 80 B.C., Gordianus the Finder is summoned to the house of Cicero, a young advocate staking his reputation on a case involving the savage murder of the wealthy, sybaritic Sextus Roscius. Charged with the murder is Sextus's son, greed being the apparent motive. The punishment, rooted deep in Roman tradition, is horrific beyond imagining.

The case becomes a political nightmare when Gordianus's investigation takes him through the city's raucous, pungent streets and deep into rural Umbria. Now, one man's fate may threaten the very leaders of Rome itself.

“Gordinaus has wisdom and prudence; Saylor has intelligence, wit, and insight. Saylor has aquired the information of a historian but he enjoys the gifts of a born novelist.” —The Boston Globe on A Murder on the Appian Way

“Engrossing…contains all the elements that an entertaining mystery and also provides a view of life in ancient Rome. Highly recommended.” —Booklist on Roman Blood