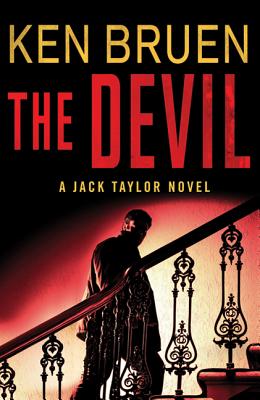 This is book number 8 in the Jack Taylor Series series.

America—the land of opportunity, a place where economic prosperity beckons: but not for PI Jack Taylor, who's just been refused entry. Disappointed and bitter, he thinks that an encounter with an overly friendly stranger in an airport bar is the least of his problems. Except that this stranger seems to know much more than he should about Jack. Jack thinks no more of their meeting and resumes his old life in Galway.

But when he's called to investigate a student murder—connected to an elusive Mr. K—he remembers the man from the airport. Is the stranger really who he says he is? With the help of the Jameson, Jack struggles to make sense of it all. After several more murders and too many coincidental encounters, Jack believes he may have met his nemesis. But why has he been chosen? And could he really have taken on the devil himself?

Suspenseful, haunting, and totally unique, The Devil is Bruen at his very best.

“Bruen is a brilliant, lyrical, deeply moving writer who can make you laugh and cry in the same paragraph and whose characters are so sharply portrayed that they almost walk off the page at you. If you like Ian Rankin, Dennis Lehane, George Pelecanos, and the like, Bruen is definitely a writer to reckon with.” —The Denver Post

“Bruen's furious, hard-boiled prose, chopped down to its trademark essence, never fails to astonish. . . . among the finest noir stylists of his generation.” —Publishers Weekly

“The next major new Irish voice we hear might well belong to Ken Bruen.” —Chicago Tribune

“Spare and unforgiving, Bruen's novels are among the best.” —Rocky Mountain News

“Bruen has established himself as a master of hard-boiled noir.” —The Miami Herald